15 to 20 us soldiers committed civilian massacre

before the gun attack, US soldiers physically manhandled the two women and later turned their weapons on the helpless residents 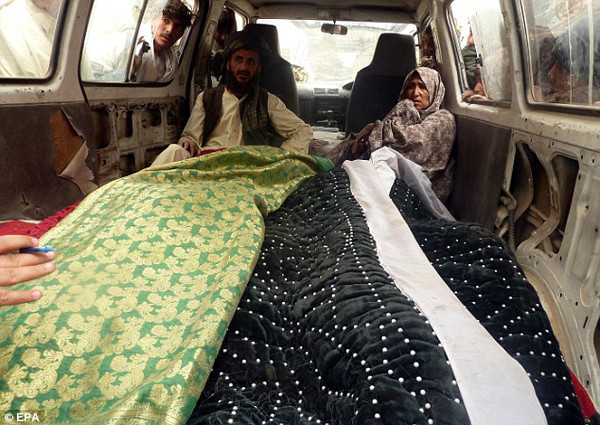 In shock: Relatives sat in shock in a van carrying the bodies of their kin wrapped in blankets. (Photo: EPA)

US soldiers were alleged to have sexually assaulted two female victims before they were killed in the Panjwai massacre in southern Kandahar last Sunday, a high-level Afghan probe team revealed.

The Wolesi Jirga’s, or lower house of Parliament, delegation investigating the Kandahar shootings by US troops said besides killing 16 civilians, the soldiers sexually assaulted them.

On the ill-fated Sunday, US troops shot 16 civilians, including nine children and three women, and injured five others when they opened fire on houses in Zangabad village, in Panjwai district.

Some of the victims’ bodies were later set on fire.

The Wolesi Jirga members jointly probing the Panjwai episode, along with a government team, on Saturday presented their chilling findings to the general session of the Parliament.

MP Hamidzai Lali, representing Kandahar province and a delegation member, said before the gun attack, US soldiers physically manhandled the two women and later turned their weapons on the helpless residents.

Shakiba Hashami, another delegation member, confirmed the vicious attack, adding about 15 to 20 American soldiers were involved in the killings and even helicopters were seen hovering the areas.

Quoting local residents, Hashami, said ahead of the Sunday tragedy, there was a blast in the area and foreign troops had warned of revenge killings.

The Afghan Parliamentarians strongly condemned the incident and demanded a public trial for the perpetrators.

US officials had claimed a mentally unstable soldier was responsible for the killings and pledged to put him on trial. Recent media reports said the suspect, in his late 30s, was initially transferred to Kuwait and later flown to the US where he is being interrogated.

KANDAHAR CITY (PAN): A parliamentary probe team on Thursday said up to 20 American troops were involved in Sunday’s killing of 16 civilians in southern Kandahar province.

The team spent two days in the province, interviewing the bereaved families, tribal elders, survivors and collecting evidences at the site in Panjwai district.

Hamizai Lali told Pajhwok Afghan News their investigation showed there were 15 to 20 American soldiers, who executed the brutal killings.

“We closely examined the site of the incident, talked to the families who lost their beloved ones, the injured people and tribal elders,” he said.

He added the attack lasted one hour involving two groups of American soldiers in the middle of the night on Sunday.

“The villages are one and a half kilometre from the American military base. We are convinced that one soldier cannot kill so many people in two villages within one hour at the same time, and the 16 civilians, most of them children and women, have been killed by the two groups.”

Lali asked the Afghan government, the United Nations and the international community to ensure the perpetrators were punished in Afghanistan.

He expressed his anger that the US soldier, the prime suspect in the shooting, had been flown out of Afghanistan to Kuwait.

He said the people they met had warned if the responsible troops were not punished, they would launch a movement against Afghans who had agreed to foreign troops’ presence in Afghanistan under the first Bonn conference in 2001.

President Hamid Karzai on Thursday asked the US to pull out all its troops from Afghan villages in response to the killings.

From its beginnings as a small project to report on the 2003 Constitutional Loya Jirga, Pajhwok has become the main provider of daily news to the country’s media and the most trusted source of news about Afghanistan from an Afghan perspective. Pajhwok is wholly owned and operated by Afghans and has no political affiliations.

at 22:10 15 comments
Email ThisBlogThis!Share to TwitterShare to FacebookShare to Pinterest

Labels: bahrain, international, kuwait, middle east, oman, qatar, russia, saudi arabia, syria, uae, un
.http://www.waynemadsenreport.com/articles/20120227Gulf Arabs offered bribe to Russia for yes vote on Syriaby courtesy of Wayne MadsenFebruary 27-28, 2012
Informed diplomatic sources have reported to WMR that Bahrain, representing the six-nation Gulf Cooperation Council (GCC), offered Russia a bribe of $5 billion if it did not use its veto in the Security Council to defeat an Arab League-sponsored resolution calling for Syrian President Bashar al-Assad to step down. In the February 4 vote on the resolution, Russia, along with China, used their vetos to shoot down the resolution. U.S. ambassador to the UN Susan Rice called the vetoes "disgusting" and Secretary of State Hillary Clinton referred to the Russian and Chinese action as "despicable," with Germany's UN ambassador Peter Wittig calling the vetoes a "disgrace."

But in what could be termed disgusting, despicable, and disgraceful was the reported offering of a $5 billion bribe for Russia's yes vote by Bahrain's Foreign Minister Shaikh Khalid bin Ahmed bin Mohammed Al Khalifa during a trip to Moscow prior to the UN Security Council vote. Our sources report that the Russian government flatly turned down the offer of the money, which was bundled by Bahrain, Saudi Arabia, Kuwait, Qatar, the United Arab Emirates, and Oman.

WMR has also learned that a similar bribe by the GCC was offered to China in return for its yes vote on the Syria resolution. The offer, which was scoffed at by the Chinese government, was reportedly made during a visit by Chinese Prime Minister Wei Jiabao to Doha, the Qatari capital, on January 18.

Under U.S. law, specifically, the Foreign Corrupt Practices Act, the involvement of any GCC financial institutions in arranging for bribe offers to Russia or China could be construed as a violation of the law. If Rice or other U.S. officials were involved with the GCC in making such offers, they could also be found in violation of federal law.

Investigative journalist, author and syndicated columnist. His columns have appeared in a wide number of newspapers and journals. Madsen is a regular contributor on Russia Today. He has written The Handbook of Personal Data Protection (London: Macmillan, 1992); Genocide and Covert Operations in Africa 1993-1999 (Edwin Mellen Press, 1999); Jaded Tasks: Big Oil, Black Ops & Brass Plates and Overthrow a Fascist Regime on $15 a Day and co-authored America’s Nightmare: The Presidency of George Bush II (Dandelion, 2003).

at 19:01 0 comments
Email ThisBlogThis!Share to TwitterShare to FacebookShare to Pinterest 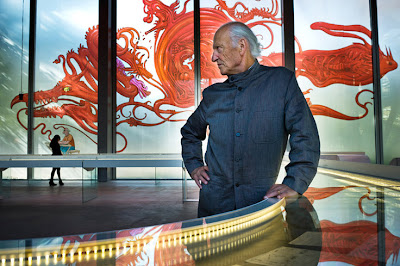 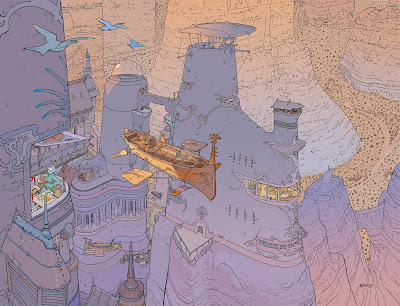 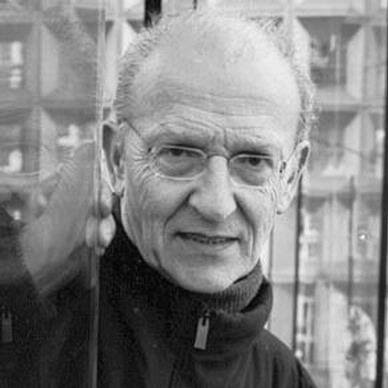 The pioneering comic book creator and movie concept artist Moebius, aka Jean Giraud, aka Gir, has passed away at the age of 73.

I expect Rich will want to add something more in respect of his comics work in particular, so I think I’ll share some of his incredible movie work.

I believe the first film produced with designs by Giraud was Alien, though this was after he had worked for some years on projects that stalled or were cancelled, most infamously, Alejandro Jodorowsky’s Dune.

Not only did Jodorowsky complete the usual costume and set designs for Dune, he appears to have been the principle storyboard artist on the project. Had it come to be, the course of genre film making would have taken a sharp turn… even still, the influence seeped out, and a film that never went before cameras still managed to change everything.

The image to the right is one of Giraud’s space suit images for Alien. His work gelled perfectly with that of Ron Cobb, and stood in brilliant contrast to the biomechanics of HR Giger.

Throughout the years Giraud contributed to any number of visually striking pictures, pictures that impressed with no small thanks to himself: Tron, The Abyss, and The Fifth Element in particular. Just as notable, in another respect, are his unused designs for films that ended up looking rather impoverished instead.

A good case in point is Willow. It wound up being quite a drab, murky and witlessly designed picture – I’m sure everybody was just following instructions – but here’s what it might have looked like instead:

During the development of the animated Little Nemo: Adventures in Slumberland, while talent as varied as Ray Bradbury, Brad Bird and Brian Froud came and went, one draft of the script was written by Giraud. On the final film he’s given a story credit, and you can see, from time to time, pieces of his design work in the animation.

His more successful animated work would be Les Maitres du Temps, or Time Masters, created with the director Rene Laloux. The storytelling both frays and gets tied up into knots but the film has some very memorable visuals, and often packs a powerful punch from just the way it looks.

Here’s a French trailer for the film.

Giraud’s contribution to the sci-fi aesthetic of modern movies can’t easily be overstated but for all of his imitators, it’s still true that nobody did it better.

Thanks, Moebius, and goodbye.

at 13:08 0 comments
Email ThisBlogThis!Share to TwitterShare to FacebookShare to Pinterest