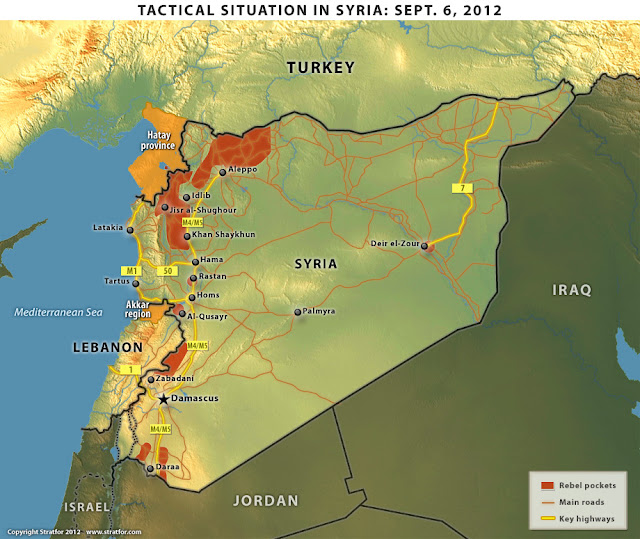 at 12:00 0 comments
Email ThisBlogThis!Share to TwitterShare to FacebookShare to Pinterest

Journal of 9/11 Studies
September 2012
Ferdinando Imposimato is the Honorary President of the Supreme Court of Italy and a
former Senator who served on the Anti-Mafia Commission in three administrations. He is
the author or co-author of seven books on international terrorism, state corruption, and
related matters, and a Grand Officer of the Order of Merit of the Republic of Italy.


The 9/11 attacks were a global state terror operation permitted by the administration of the USA, which had foreknowledge of the operation yet remained intentionally unresponsive in order to make war against Afghanistan and Iraq. To put it briefly, the 9/11 events were an instance of the strategy of tension enacted by political and economic powers in the USA to seek advantages for the oil and arms industries.

Italy too was a victim of the “strategia della tensione” of the CIA, enacted in Italy from the time of the Portella della Ginestra massacre in Sicily in 1947 until 1993.

There is much evidence of this strategy, both circumstantial and scientific.

The reports of the National Institute of Standards and Technology (NIST), November 20, 2005, set forth the following conclusions. The airplanes that struck each of the twin towers caused a breach as well as an explosion evidenced by a giant fireball. The remaining jet fuel flowed onto the lower floors, sustaining the fires. The heat from the fires deformed the building structures and both towers collapsed completely from top to bottom. Very little that was of any size remained after these events except steel as well as aluminum fragments and the pulverized dust from the concrete floors.

World Trade Center 7 also collapsed--in a way that was inconsistent with the common experience of engineers. The final NIST report claimed that the plane strikes against the twin towers were responsible for all three building collapses: WTC1, WTC2 and WTC7. All three buildings collapsed completely, but Building 7 was not hit by a plane. WTC7’s collapse violated common experience and was unprecedented.

The NIST report does not analyze the actual nature of the collapses. According to experts at the Toronto Hearings (Sept. 8-11, 2011), the collapses had features that indicate controlled explosions. I agree with architect Richard Gage and engineer Jon Cole, both highly experienced professionals, who have arrived at their conclusions through reliable tests, scientific proof, and the visual testimony of people above suspicion, including firefighters and victims. The authoritative theologian David Ray Griffin has described very precisely why the hypothesis of controlled demolition should be taken into consideration. Various witnesses heard bursts of explosions.

According to NIST the collapse of Building 7 was due to fires provoked by the collapse of the twin towers. Chemist and independent researcher Kevin Ryan, however, has demonstrated that NIST gave contradictory versions of the collapse of Building 7. In a preliminary report NIST declared that WTC7 was destroyed because of fires provoked by diesel fuel stored in the building, while in a second report this fuel was no longer considered the cause of the building’s collapse. Additional comments on the NIST version of events have been made by David Chandler, another expert witness at Toronto Hearings. Despite NIST’s claim of three distinct phases of collapse, Chandler pointed out that many available videos show that for about two and a half seconds the acceleration of the building cannot be distinguished from freefall. NIST has been obliged to agree with this empirical fact as pointed out by Chandler, and now understandable by everyone.

Peter Dale Scott, another witness at the Hearings, demonstrated that there was a systematic CIA pattern of withholding important information from the FBI, even when the FBI would normally be entitled to it. Furthermore, there is additional evidence against George Tenet and Tom Wilshire. According to the former White House chief of antiterrorism, Richard Clarke (interview given on French and German TV as part of a documentary by Fabrizio Calvi and Christopf Klotz, August 31, 2011 as well as the interview with Calvi and Leo Sisti, “il fatto quotidiano”, Aug. 30, 2011) the CIA was aware of the imminent attack of 9/11.

Moreover, since 1999 the CIA had investigated Khalid al-Mihdhar and Nawaf al-Hamzi, both Saudis who were associated with the American Airlines plane that hit the Pentagon. The CIA had been informed that Khalid al-Mihdhar and Nawaf al-Hamzi had arrived in the USA in early 2000. It is legitimate to deduce that Tenet, chief of the CIA, and Wilshire, according to Peter Dale Scott a “key figure” in Alec Station blocked the efforts of two FBI agents—Doug Miller and Mark Rossini—to notify the FBI center that one of the participants in the Kuala Lumpur meeting, al-Mihdhar, got a US visa through the United States consulate in Jeddah. Professor Scott, basing himself on Kevin Fenton’s research, mentions 35 different occasions when the hijackers were protected in this fashion, from January of 2000 to September 5, 2001. With reference to the earlier of these incidents, the motive of this protection was evidently, according to Fenton, “to cover a CIA operation that was already in progress.”

Further circumstantial evidence against Tenet and Wilshire is the following. On July 12, 2001 Osama bin Laden was in American Hospital in Dubai. He was visited by a CIA agent. This information was given to Le Figaro, which also reported that bin Laden had been operated on in this hospital, having arrived from Quetta, Pakistan. This information was confirmed by Radio France International, which disclosed the name of the agent who met bin Laden—Larry Mitchell. Tenet and Wilshire, aware of the presence of bin Laden in the United Arab Emirates, failed to have him arrested and extradited, although FBI and CIA documents held him responsible for massacres in Kenya and Tanzania.

Insider trading is further strong evidence against the CIA, FBI and the US government. Articles by Professor Paul Zarembka, as well as by Kevin Ryan and others, prove such insider trading took place in the days immediately prior to the attacks. Yet this insider trading has been denied by the FBI and the 9/11 Commission.

Additional evidence against the CIA and the US administration is the following. Atta, at least since May 2000, was under CIA surveillance in Germany, according to the 9/11 Commission, both because he was accused since 1986 of attempts against Israel and because he had been surprised while purchasing great quantities of chemical products for use in explosives in Frankfurt (The Observer, Sept. 30, 2001). He was investigated by the Egyptian Secret Service and his cellular phone tapped. On November of 1999 Mohammed Atta left Hamburg, went to Karachi, Pakistan and then to Kandahar. Here he met bin Laden and Sheikh Omar Saeed (Homeland Security Global Security.org, “Movements of Mohammed Atta”). After June 2000 the USA continued to monitor Atta, intercepting his conversations with Sheikh Khalid Sheikh Mohammed, considered the director of 9/11, who lived in Pakistan.

Strong evidence that the CIA was aware of Atta’s irregular movements from the USA to Europe and within the USA is the declassified CIA document sent by the Agency to G.W. Bush (President’s Daily Brief). This document, dated August 6, 2001, says: “Bin Laden Determined to Strike in US.” It continues:

“Clandestine, foreign government, and media reports indicate bin Laden since 1997 has wanted to conduct terrorist attacks in the United States. Bin Laden implied in U.S. television interviews in 1997 and 1998 that his followers would follow the example of World Trade Center bomber Ramzi Yousef, and ‘bring the fighting to America.’

After US missile strikes on his base in Afghanistan in 1998, bin Laden told followers he wanted to retaliate in Washington, according to a foreign intelligence service. An Egyptian Islamic Jihad operative told an agent of a foreign intelligence service at the same time that bin Laden was planning to exploit the operative’s access to the US to mount a terrorist strike….

A clandestine source said in 1998 that a bin Laden cell in New York was recruiting Muslim-American youth for attacks.

This document proves that the CIA, FBI, as well as President Bush, knew by August 6, 2001, who had operative access: Atta. No one enjoyed such access to the US as Atta. But the CIA, FBI and Bush did nothing to stop him.

I have collected in Italy evidence that the Iraq War was decided on by the U.S. government before the 9/11 attacks with the help of the Italian Secret Service. According to Michel Chossudovsky, the 9/11 attacks were used as a pretext for war, having had as background the many years of CIA creation of, and support for, the terrorist network now known as al Qaeda. Today there is a danger of a new “preventive war” against Iran by the USA. This could be terrible for the people of the world and could even destroy a large part of humanity.

The only possibility for achieving justice is to submit the best evidence concerning the involvement of specific individuals in 9/11 to the Prosecutor of the International Criminal Court and ask him to investigate according to the articles 12, 13, 15 and 17, letters a and b, of the Statute of the ICC, recalling also the preamble of the Statute:

Recognizing that such grave crimes threaten the peace, security and the well being of the world,
Affirming that the most serious crimes of concern to the international community as a whole must not go unpunished and that their effective prosecution must be ensured by taking measures at the national level and by enhancing international cooperation,
Determined to put an end to impunity for the perpetrators of these crimes and
thus to contribute to the prosecution of such crimes,
Recalling that the duty of every state to exercise its jurisdiction over those
responsible for international crimes, …
Ferdinando Imposimato

video in italiano at link with french subtitles

at 11:18 0 comments
Email ThisBlogThis!Share to TwitterShare to FacebookShare to Pinterest